A regional sweet from the island of São Jorge, is presented as small ring-shaped cookie with host dough, struck across the top, leaving a glimpse of brownish filling. Previously, the “espécies” were named “bichos doces” (sweet animals), in which the filling was made with homemade bread, roasted and ground in “atafonas” (a mill moved by hand or animal). The roasted bread was crunched inside a bag with a “mexilhão”, then it was sifted and mixed with other spices. After cooling they would roll them up by hand in small portions, the “bichanas” that served to line the dough entirely. 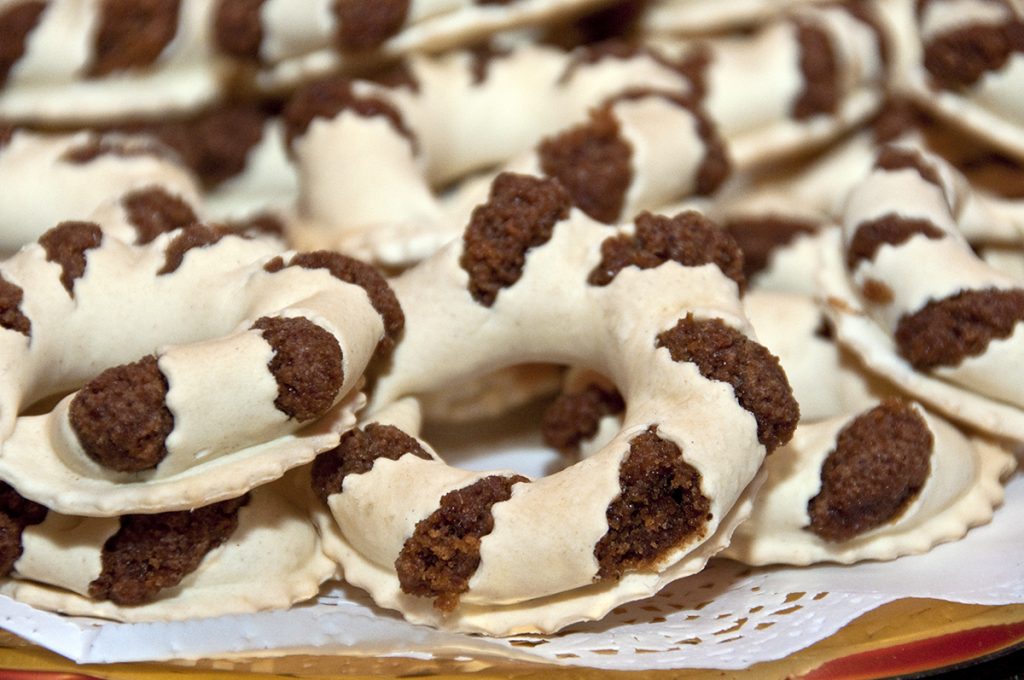 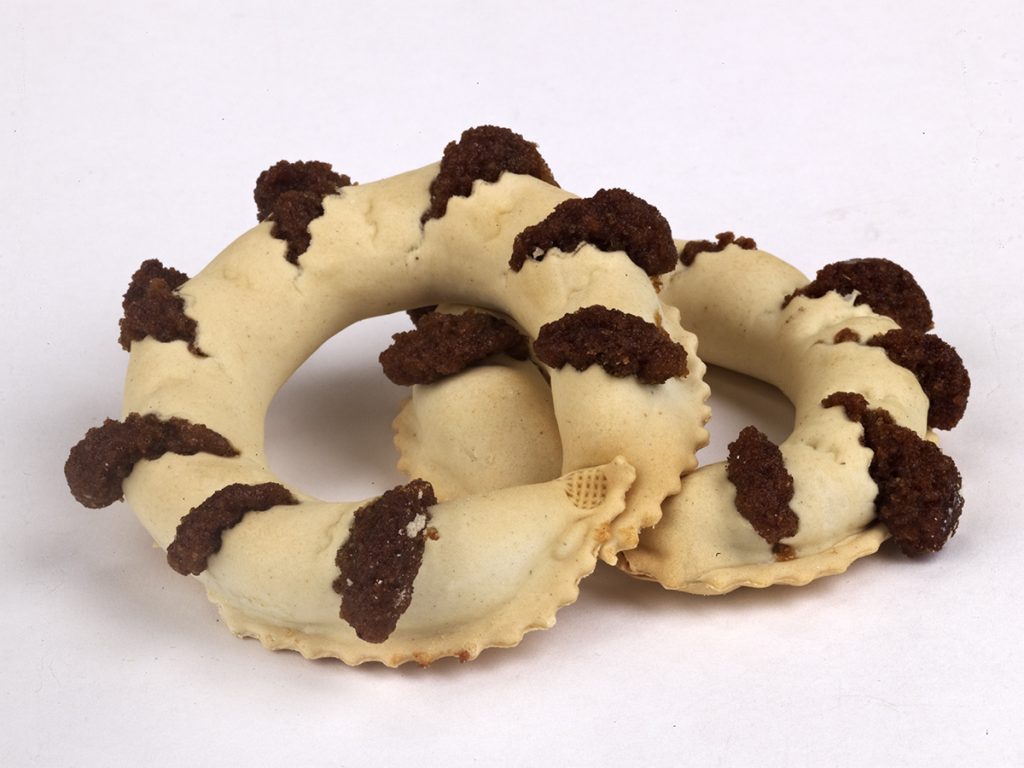 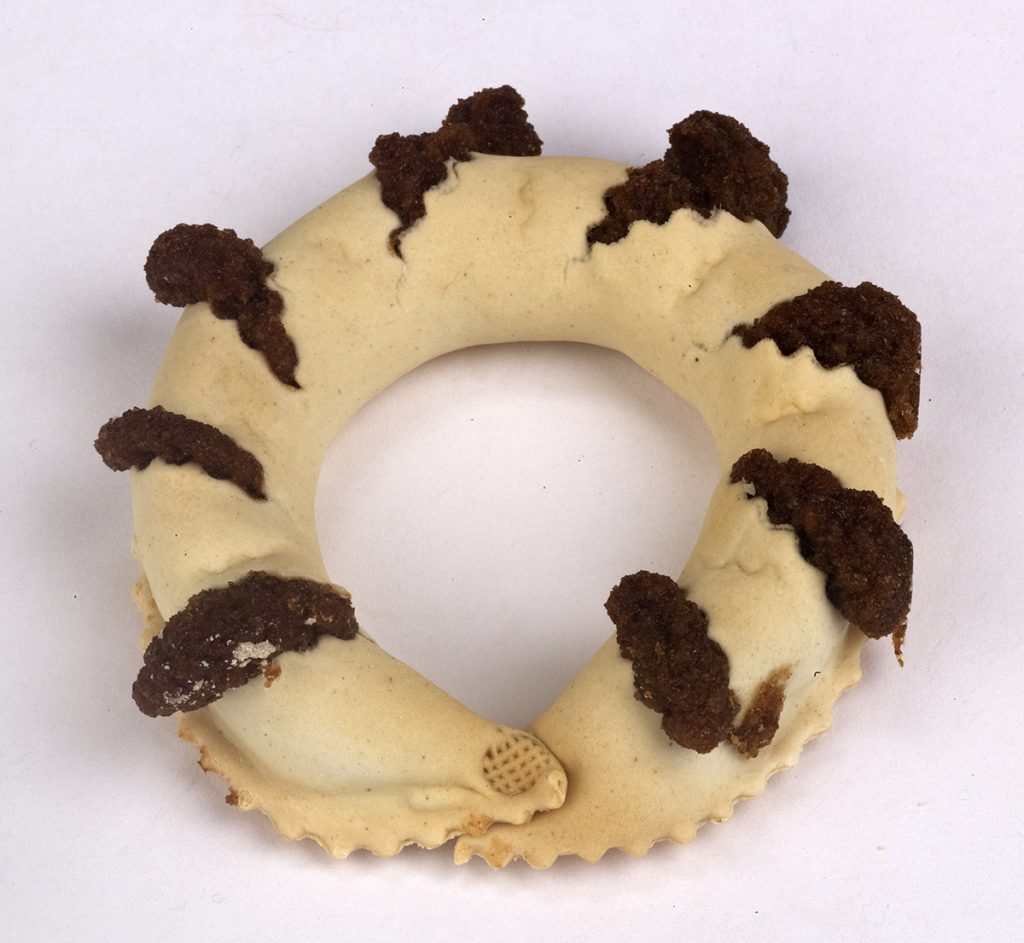 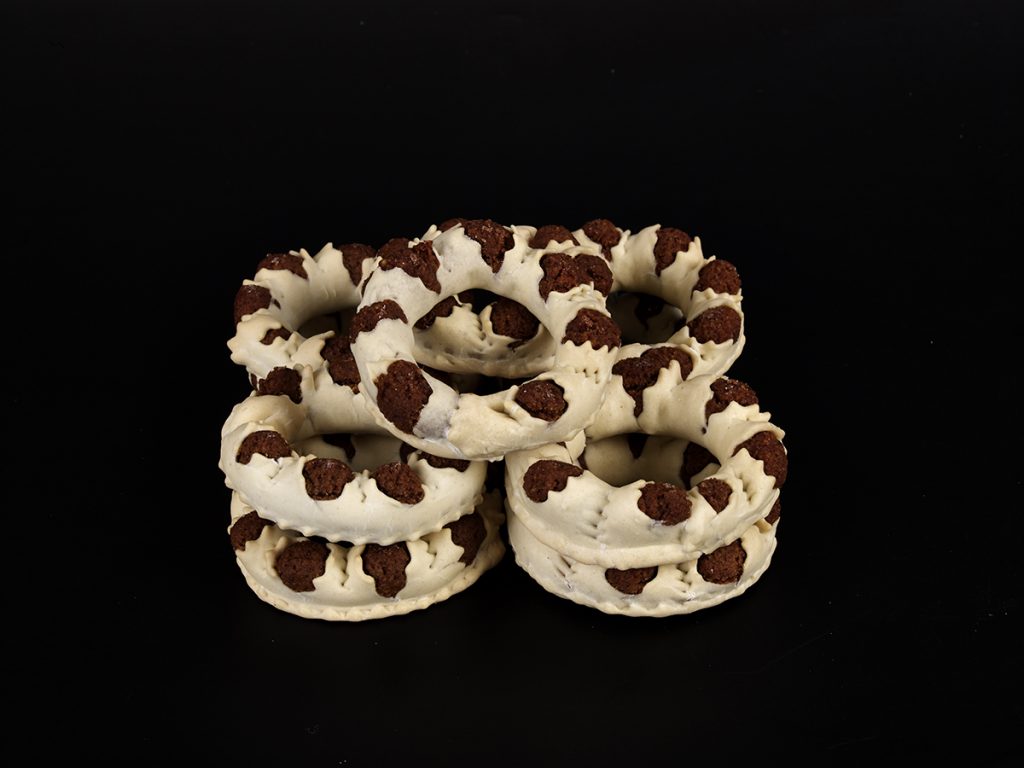 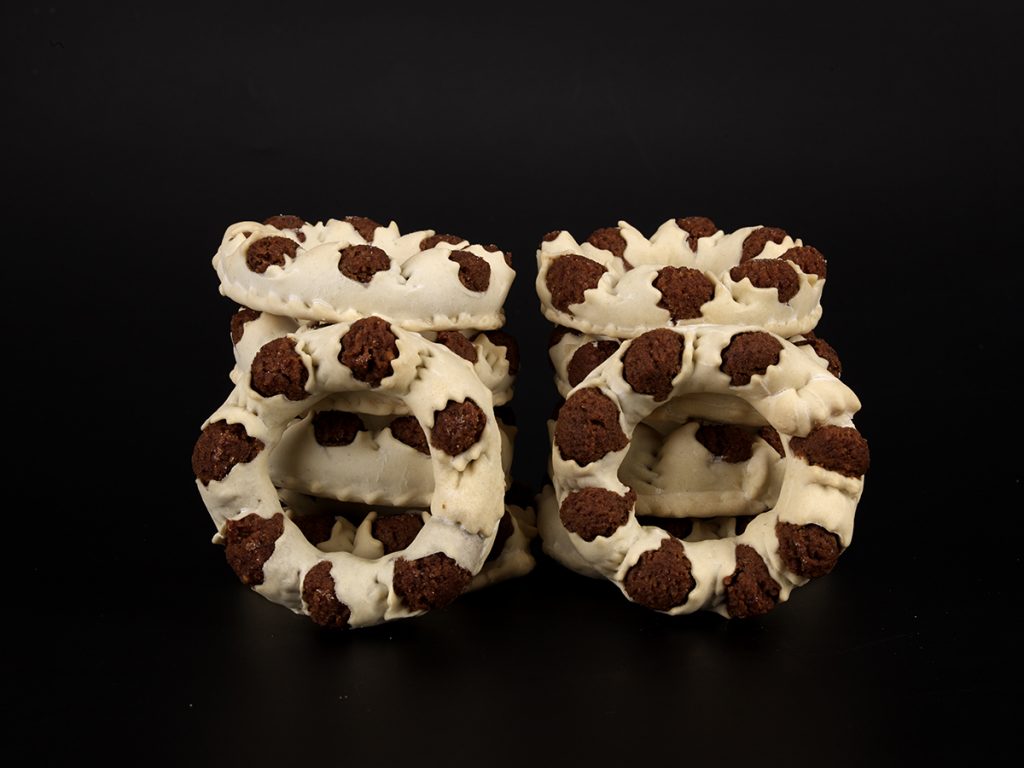 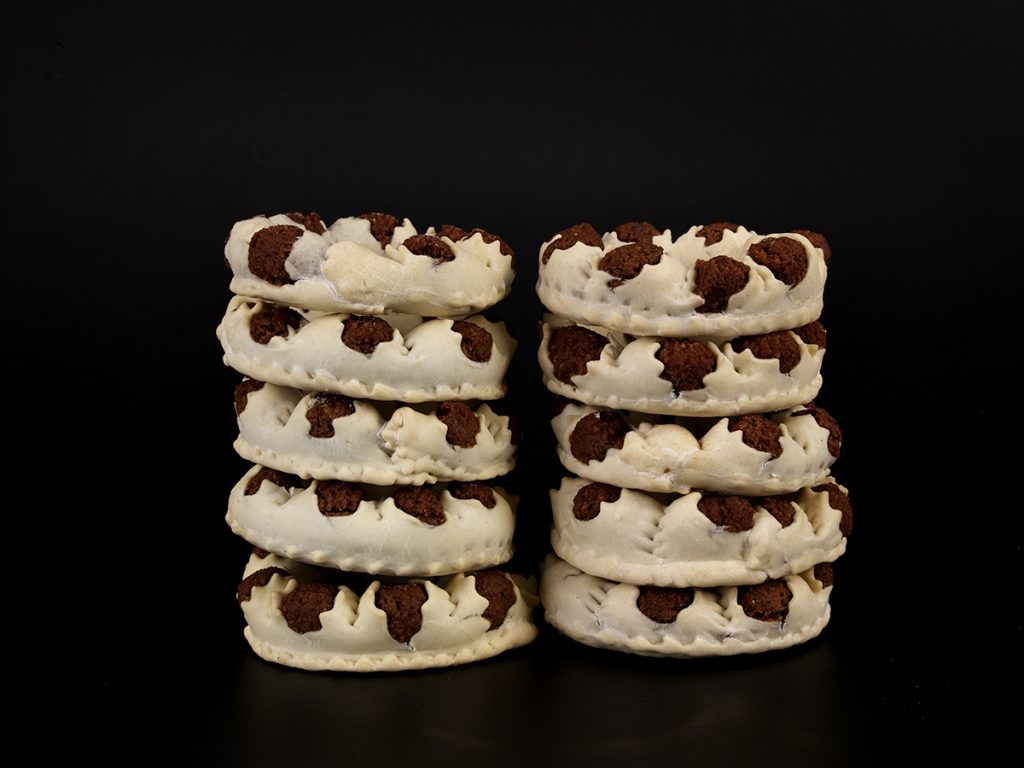